All articles tagged with "Cruel" 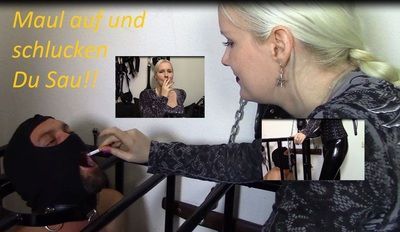 Mistress Qing has a thing for pain. But the pain is not to her but rather, she is the one inflicting the pain. She made this guy, who had not done anything to her, apologize and endure her slaps and blows. She pretended he was the one who had assaulted her and as he tried to say it was not her and that she was mistaking him with someone else, she was already done with what she wanted. She fake apologized and sent him away.

Mistress Lea took her new slave outside to show him why he should never piss her off. He had not pissed her off but she wanted to show him what she is capable of when that time comes. That way, he will always avoid pissing her off and instead concentrate on pleasing her. She made him eat mud off her shoes and lick the shoes till they were sparkling clean.

Laura is a mistress who likes to have her cake and to eat it. She wanted a foot massage from this guy and he gave it to her. She wanted a favor from him but she was at the same time making him do things to her that would have made him refuse to do him the favor. To make sure he did, she forced him to pour yogurt on her feet and lick it off all of it.

Lady Eva wanted to check out whether her new slave had what it takes to work for her. She wanted to humiliate him and see whether he would take it. She pays the best wages in the industry and wanted someone who could match her requirements. She tied him up and hit him as hard as she could and watched to see whether he would cry like a little girl.

Cruel mistress hunts down guy and punishes him

This mistress does not forget when you wrong her. She always bids her time till she is able to revenge. Unlike many other mistresses, she does not rush her punishments. She waits for the opportune time before unleashing her terror on whoever she wanted to humiliate, punish or torture. This time round, it was this guy. She took him to a barn and tortured him using her shoes which were filled with animal shit.

Lady Karame is a cruel mistress and she does not joke when it comes to her punishing her slaves. She expects perfection and when she does not get it from them, she punishes them severely. She made this slave lick the soles of her dirty shoes till they were clean while she asked her friend to whip him and even hit him in the balls. It was very painful and he cried in pain. 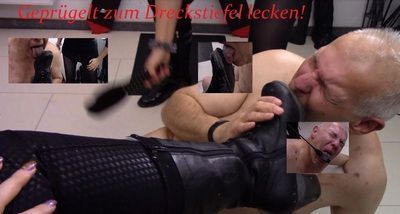 These mistresses are cruel and inhuman. They do not like actually, they hate snitches and when they realized that it was this guy who had snitched on them, they hunted him down and they made him regret being born and ever snitching. They took him to their house and fucked him in the ass with a strap on. They did not even use any lubricant to prepare him for it. 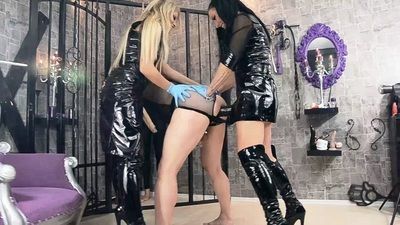 Goddess No kicks her slave's balls

This slave is a real sucker! He believes he is a tough guy. But I'm going to show him who is tough! While he stands naked in front of the start I start kicking his useless balls! I hit him so hard that he goes down to the ground. He cannot stand my power very long and so I soon sit down on his hunched body with a victory pose...! :D